Handsome blonde stud, Edgar, is reading a magazine when something piques his attention. The bearded hunk can’t help but touch himself as he browses the arousing contents of the sultry reading material. Edgar starts off slow and gradually builds up the pace. It doesn’t take long before the hairy lad is completely naked with the exception of his red socks. He bends over on the chair and shows off his firm ass before continuing with his sexy „me time“. Edgar can feel the pleasure of every stroke he does on his stiff rod. He can sense the rising lustful desires as he keeps on jerking off his tool while sitting on the chair. 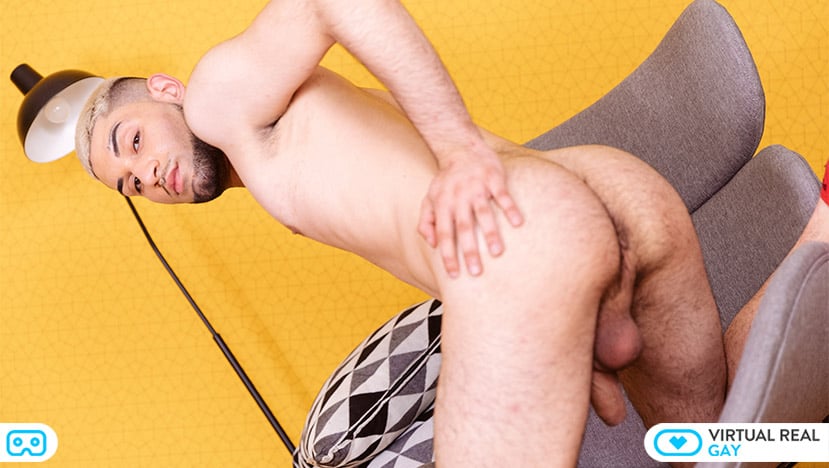